Herbert Brandl / Gereon Krebber The canyon is also a summit

Galerie Christian Lethert is pleased to present works by Austrian painter Herbert Brandl and German sculptor Gereon Krebber in the »Eifelraum«. In addition to three large-format paintings, both hanging and standing sculptural works made of concrete are on view.

Nature in its various manifestations flows into Herbert Brandl’s painting, sometimes representational, sometimes strongly abstracted. But the works always testify to an expressive coloring and a dynamic application of paint. Vast amounts of layers of paint are applied and partially removed again in the painting process, the effect of color and ductus is precisely coordinated to make the forces of nature almost physically tangible. The artist himself describes his painting method as »spontaneous and dirty«, as it is a physically intense work and he had not learned until today to bring the color to the canvas only.
The three works on display, created in 2004, 2005/06, and 2011, for which the artist draws on memories of his hikes as well as photographic documents, depict towering mountain formations, which Brandl captures in their sublimity on canvas using oil paint.

While Herbert Brandl’s mountains rise majestically, Gereon Krebber turns his concrete landscapes upside down and the stalactites hang down like in a cave. But those familiar with the artist’s work might also interpret the drooping outgrowths as extensions, which in their ambiguity cast a magnificent and at the same time eerie shadow play on the wall. The concrete steles, which can be described as block-like bodies from the outside, are partially hollowed out starting from the top. As if a mountain massif had turned upside down and bored into the sculpture, leaving behind a hollow space, a gorge. The wrinkled surface, created by the use of plastic film during the concrete casting process, lends it a haptically animated physicality that would also suggest a wide-open maw in the void.

Basically »untitled«, Herbert Brandl’s works are ›open to interpretation‹, Gereon Krebber skillfully plays with opposing associations and thus the works of both artists oscillate between recognition value and pure sensory impressions – »The canyon is also a summit«, it just depends on the perspective. 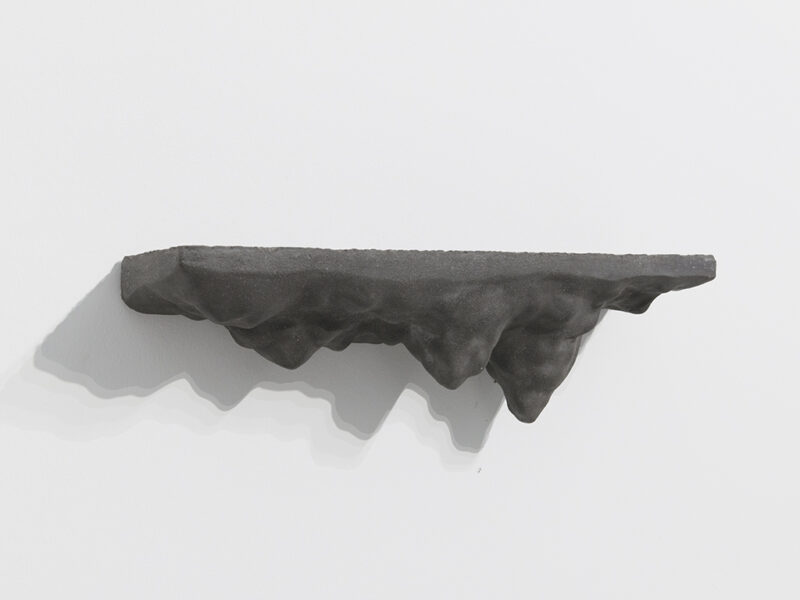 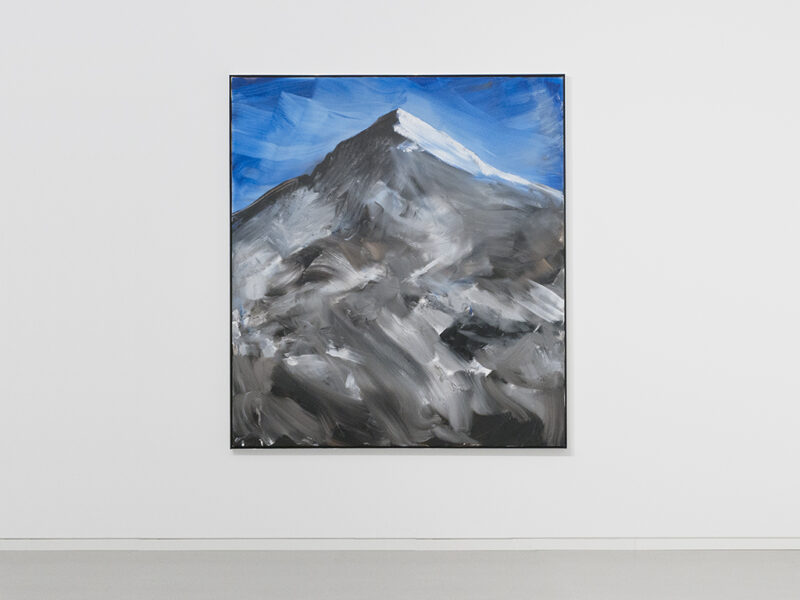 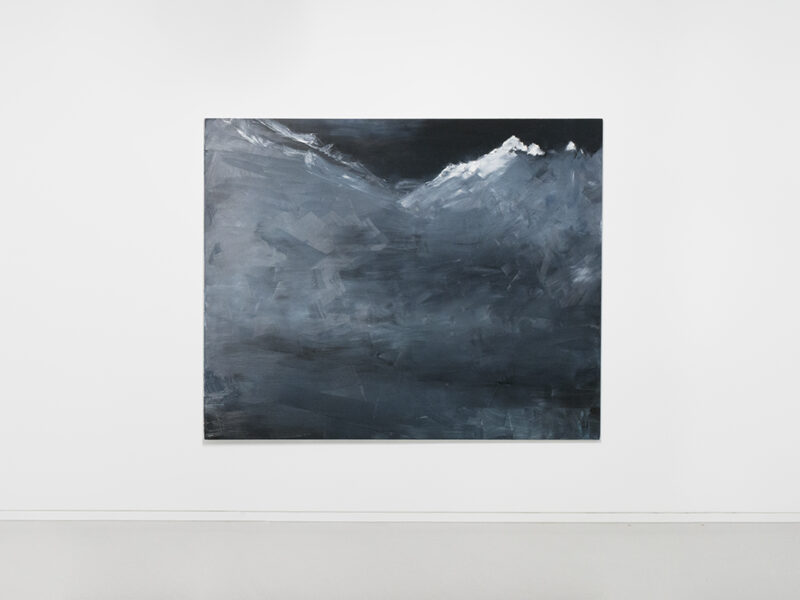 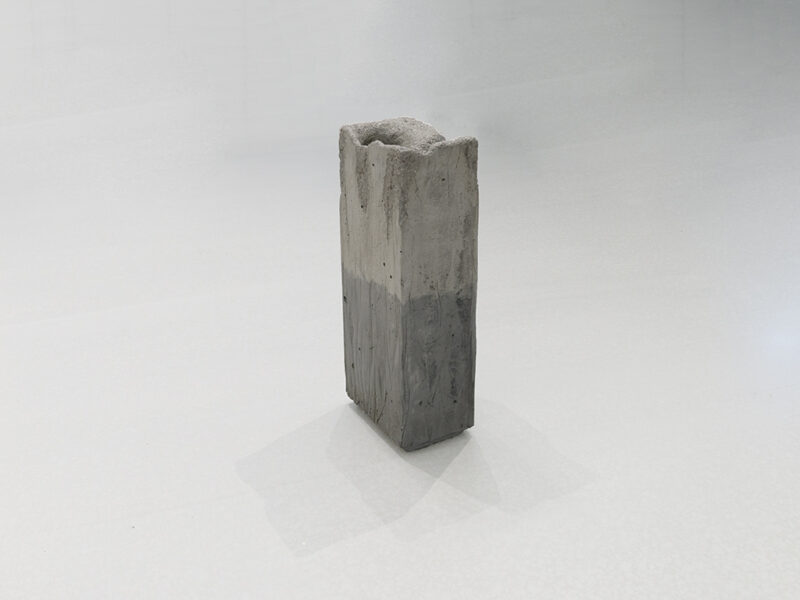 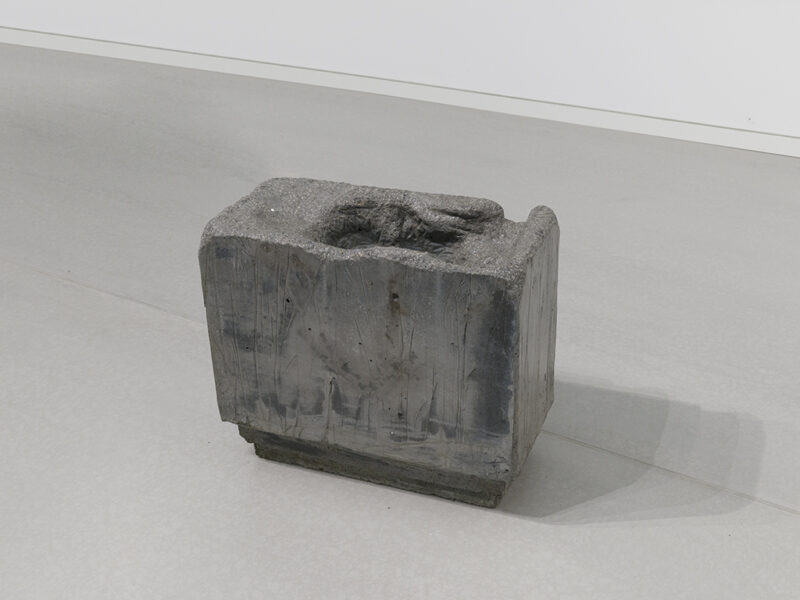 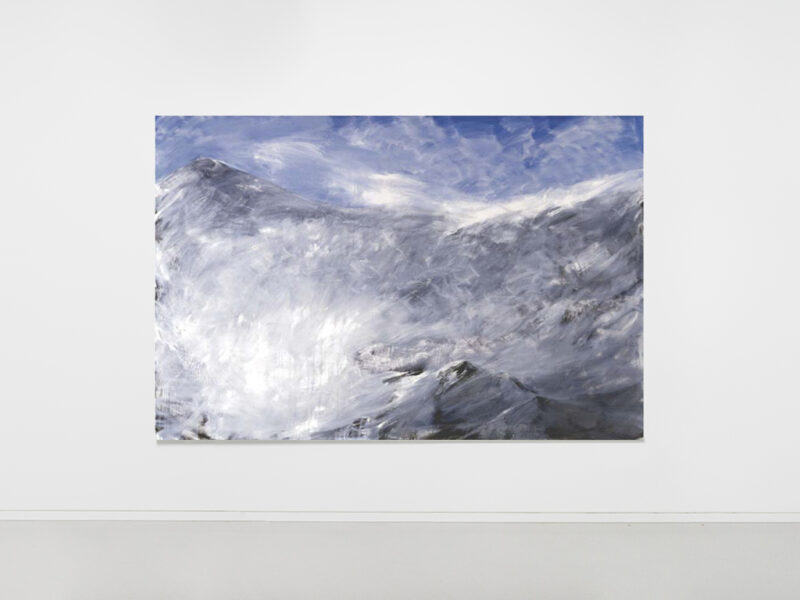 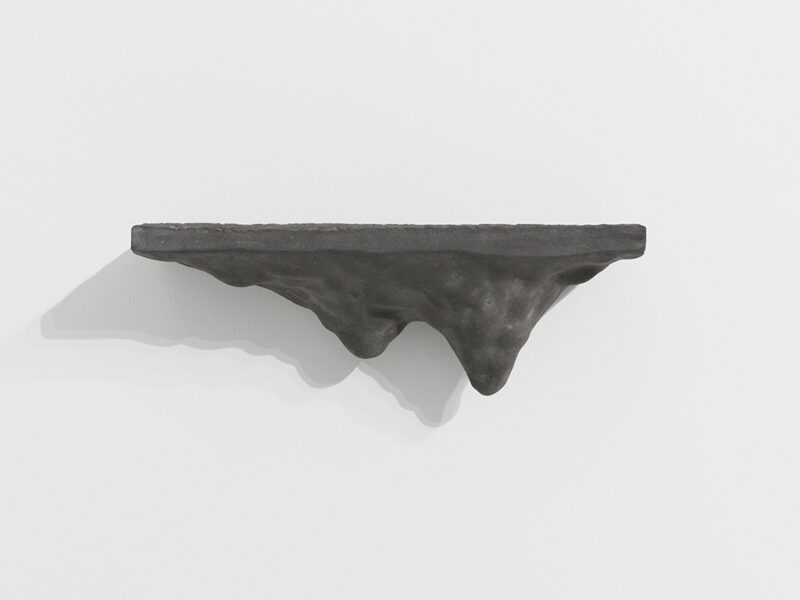 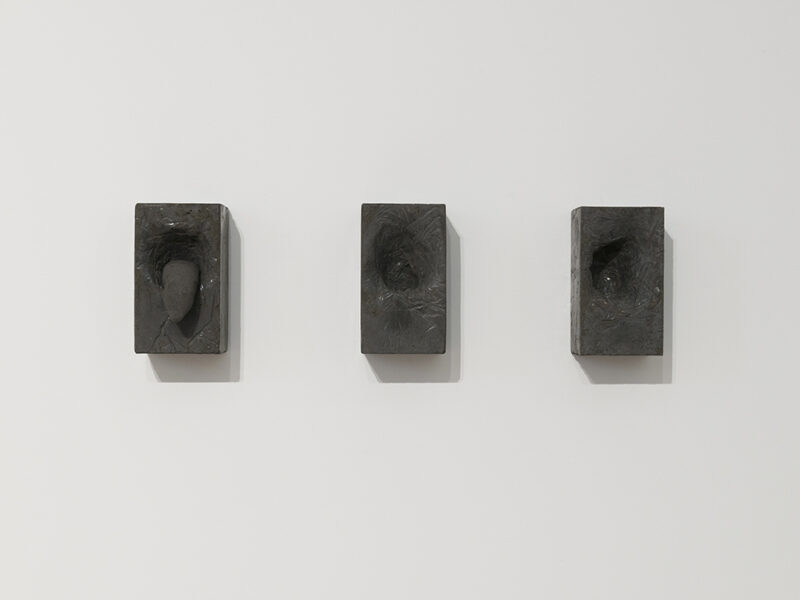