In his exhibition PENUMBRAL, Hamburg based artist Henrik Eiben brings together wall works, sculptures and drawings for which he combines contrasting materials such as wood, glass, brass or fabric in surprising ways, taking inspiration from minimalism and carrying it forward with ease.

In his reduced and at the same time subtle works on paper, Henrik Eiben experiments with colors and forms, some of which overlap, shine through, move towards or away from each other. With the partial use of fabric, the artist slowly detaches his work from the surface: his wall works protrude further into the room and seem to hover weightlessly on the wall, which now becomes the image surface.
In the work »Big Gaudin«, made of Plexiglas, wood, felt, and leather, the different geometric surfaces overlap, and although the work does not have a single vertical or horizontal line, it appears in absolute balance.
The object-like brass elements of the three-part work »Lamar« appear like a materialized constructivist drawing, whose white and yellow painted surfaces shimmer in the light. The entry into the space of sculpture leaves an impressive and constantly changing shadow play on the wall.
The work »Odin (Stella)« is made of three components: an angular line, a transparent body of mouth-blown glass and flat, geometric shapes of lacquered wood. The glass, fixed between the wooden elements, has an exciting streak structure, reminiscent of flowing water, which colors the wall behind it pink. Making Odin – one of the most complex figures in Northern mythology, who sacrificed an eye to gain seer-like powers – the eponym of this series of works can probably be understood as a subtle gesture by the artist to emphasize the multi-layered character of his works.
Diverse views are offered by the new sculptures standing freely in the room. Wooden angles, slightly staggered one above the other, show precise colorful settlements and invite a contemplation in motion.

As the title of the exhibition suggests, it is about intermediate areas, transitions, the oscillation between two states or even genres, which Henrik Eiben playfully traces and from which he develops his individual artistic language. 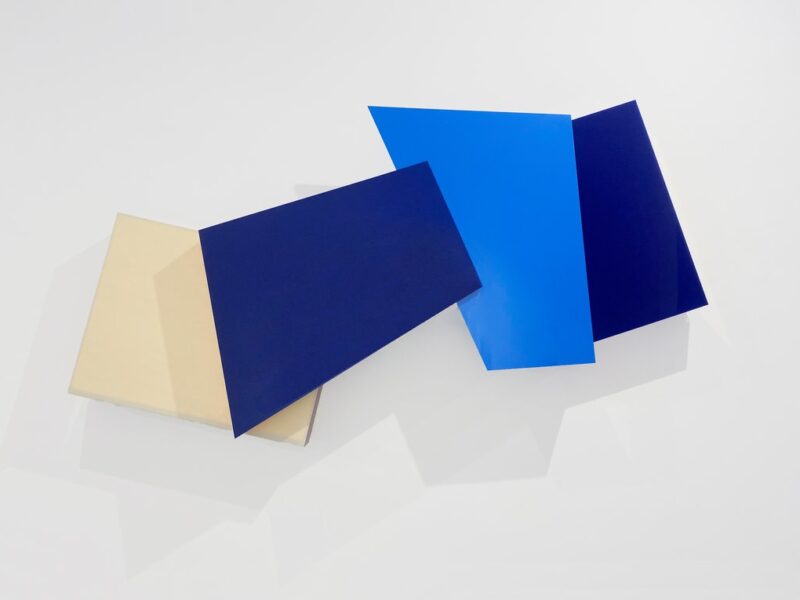 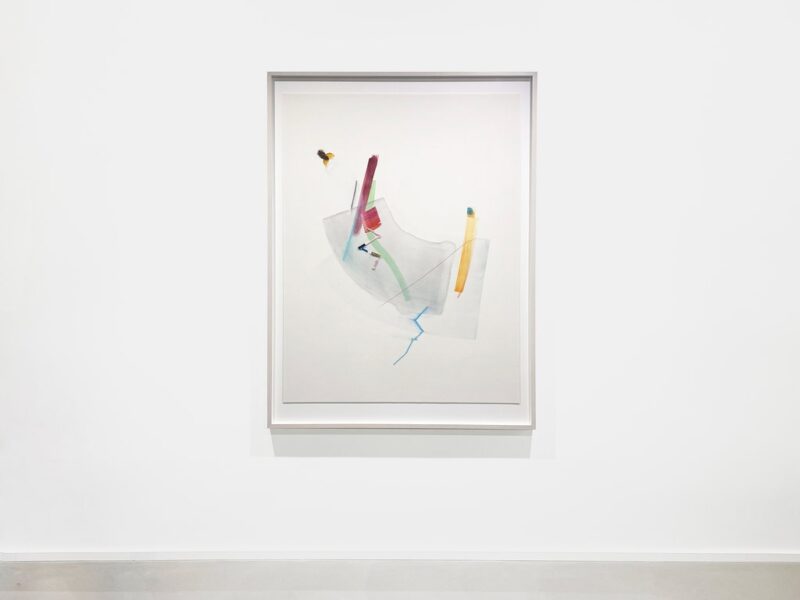 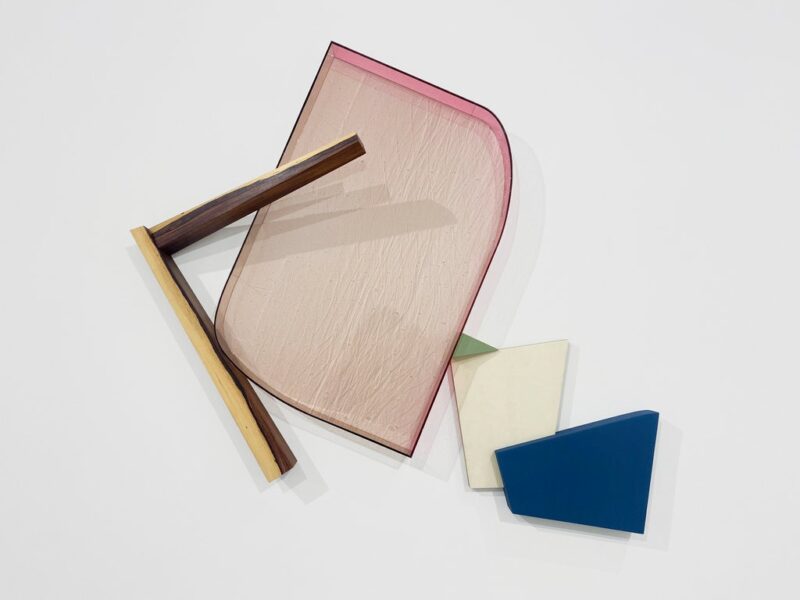 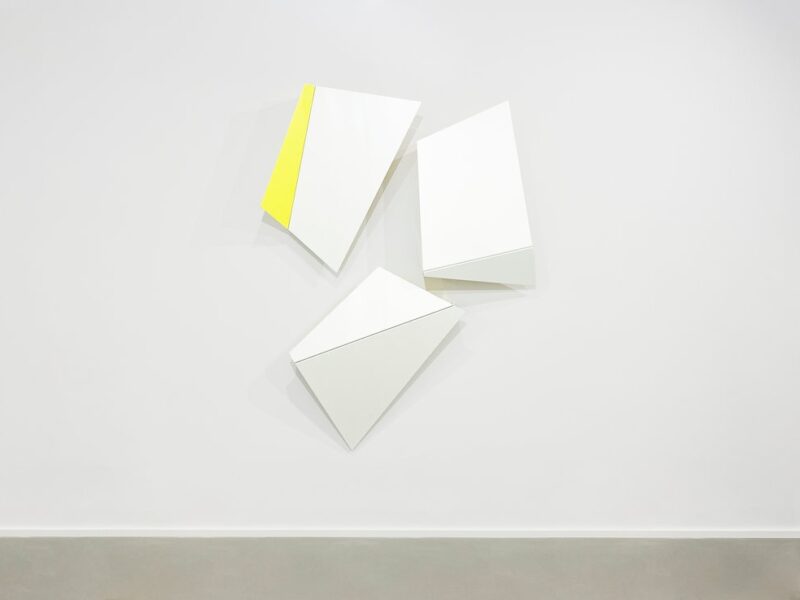 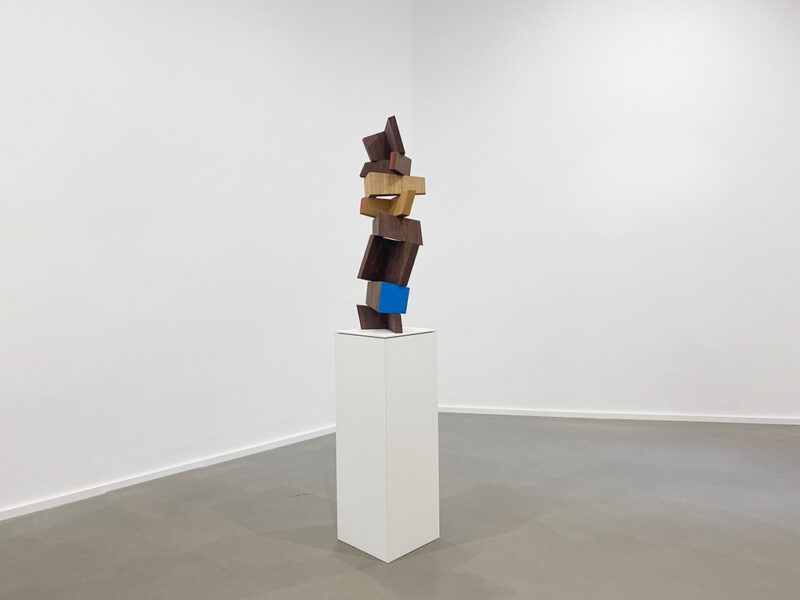 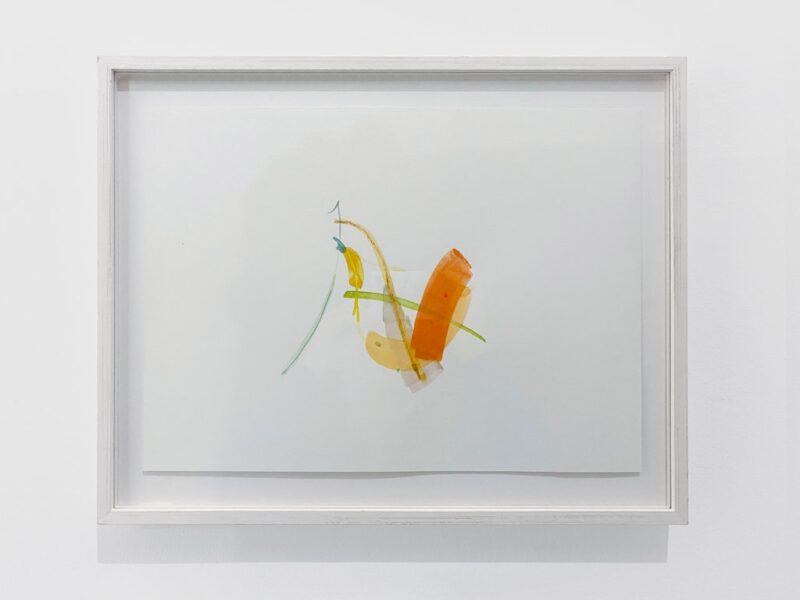 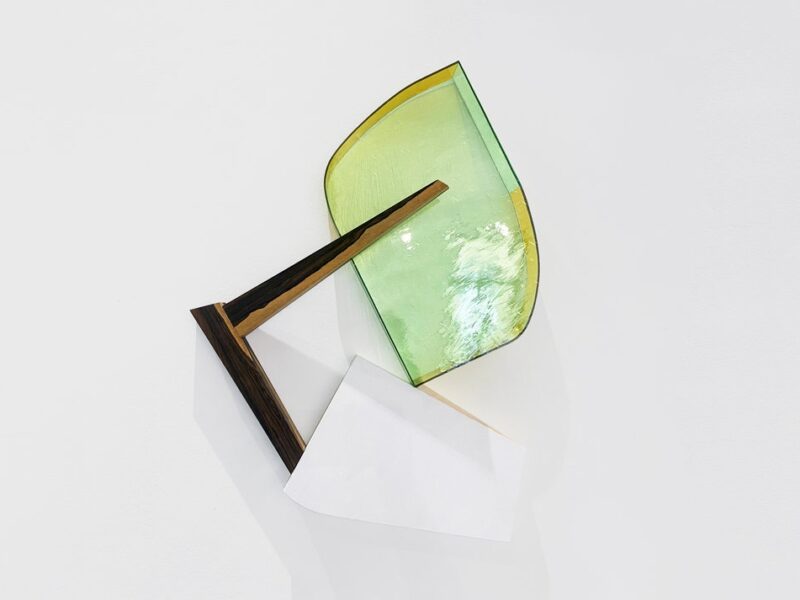 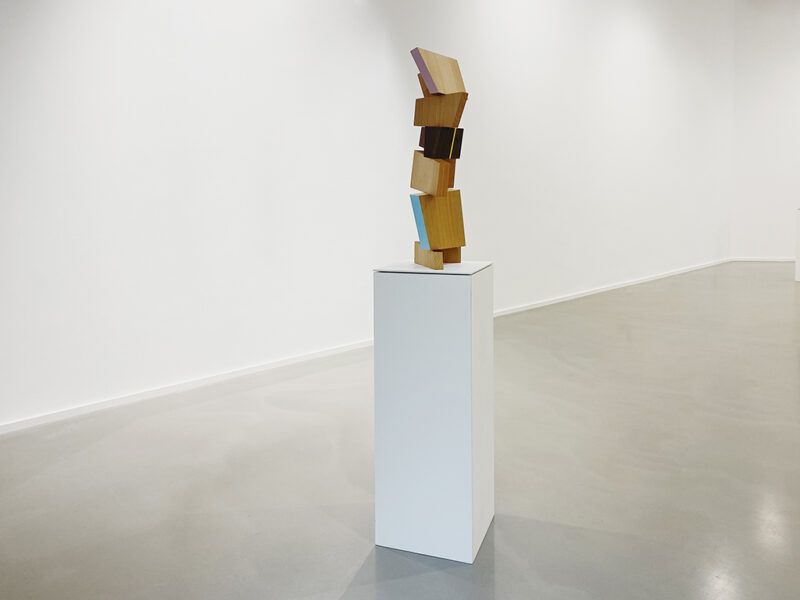